In an effort to spread awareness about their latest product, Google Voice, Google has began to place old-fashioned red phone booths at airports and universities around the country. Users at the chosen locations will have the opportunity to use Google Voice to make free calls, no account required, to anyone in the USA and Canada.

The Google Voice phone booths combines a classic method of placing calls and a stylized old-fashioned look that is sure to grab everyone’s attention. Plus, the promotion is free, which is sure to entice more people to try it.

Currently available to anyone in the USA and Canada, Google Voice users will be issued a primary number which will ring to their home, work and cell. Google Voice has many call screening features, including allowing you to block certain numbers, block callers that don’t show their caller ID and more. When you receive a call through your Google number you have the option to take the call or send it to voice mail. If you send your call to voicemail you can listen to the message or jump back into the call at anytime. In addition, all your calls or converted to text. This convenient feature allows you to have a transcript of the call, although if the person doesn’t speak clearly the transcript won’t be perfect. 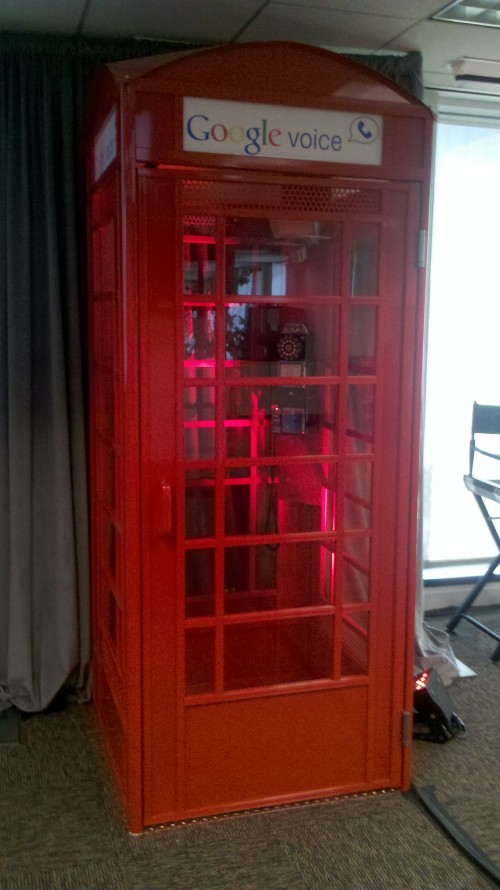 Google Voice has already been integrated with Gmail. This allows you to use Gmail to receive or place Google Voice calls.

With the introduction of Google Voice, Google aims to break into the phone service industry. Although Google Voice is cheaper, it will take time before this service becomes popular. Many wonder if Google Voice will be Apple’s TV.