Is Your Facebook Profile Really as Private as You Think? 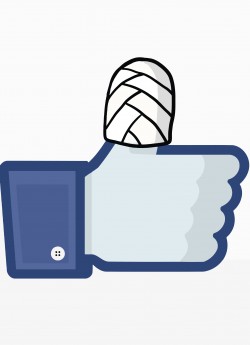 With the recent update featured on Twitter, it should come as no surprise other social media outlets are rapidly changing as well. Case in point, Facebook has recent changes that will increase privacy settings and make sharing activities both even easier and user friendly.

Much like the music app Shazam, Facebook now enables users to automatically tag music. If they decide to use the feature, users can use their phones’ microphones to classify songs, movies and TV shows that are playing at that moment. From there, the feature will be tagged in a post instead of being manually typed in. The feature is a jiggling audio icon displayed when users write a status update, meaning that the feature is trying to identify the song, movie or TV show playing. Users are able to choose whether or not they want to add the tag to their post. Users can also filter visibility by choosing which Facebook friends can see it. If a song is shared, Facebook states that friends can view a 30-second snippet of it. As for TV shows, the exact season and episode of the show will be specified in the post.

Facebook states that the feature will be available in a few weeks on iOS and Android devices. Currently, the new feature is able to match millions of recorded TV shows and songs broadcasted on more than 150 channels. Facebook will continue to add more channels and music.

An additional change from Facebook deals with new users and their first status post. New users will now have the default setting as Friends, meaning that only their Facebook friends are able to view the post. However, Facebook will send a reminder to the new user to choose an audience to post to instead of the post automatically defaulting to Friends. Before this change, the default setting was public and posts were accessible to any Facebook user. This update will not have any effect on existing users.

Another privacy setting that is going into effect involves filtering information with apps. Users can now choose what personal information to share, omitting details such as the user’s email address. Facebook will also offer Anonymous Login, a feature that will allow users to log in the app without having to sign in through Facebook first and revealing the user’s identity. In addition to these privacy features, friends of a user are not able to share what that particular user has sent them. Instead, users have to choose to share their own data on their own accord.

What Do These Changes Mean?

For starters, the new music and TV identification app could potentially mean free advertisement and awareness for upcoming shows and music. It can also help friends of users download the new songs because the specific artist and song title will be readily available (same with viewing TV shows and movies). As for the privacy settings, users may gravitate towards using more apps since they do not have to worry about their information becoming public.

Our experts promise to keep you updated with social media changes for you and your business. To learn more about our social media marketing services, click here.

Is Your Facebook Profile Really as Private as You Think? was last modified: February 25th, 2015 by Carmen
Categorized in: Social Media
Published by Carmen