Are Lucky Charms, Cocoa Puffs or Raisin Bran the Next “Trix” in Ecommerce Solutions? 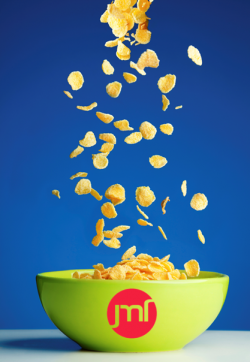 Ecommerce, derived from commerce, the exchange or buying and selling of commodities on a large scale involving transportation from place to place, is the internet version of this definition. When most think of Ecommerce, they think of the internet representation of a business’s “store” and it more or less is, encompassing the sales aspect of e-business. When almost 80% of the country has a computer, it makes sense, especially from a business stand point, to sell online. The internet provides ease, from research to watching your favorite cat videos to yes, buying and selling products, from baby food to high heels, computers to unmentionables some might be too embarrassed to buy in public. Ecommerce solutions allow businesses to communicate with consumers and form transactions, anytime, anywhere and for this reason may help long standing brick and mortar stores hold on to, and expand, their sales, particularly in the case of in-store sales stagnation.

Take for example Macy’s, which would be known as a “brick-and-click”, or an existing company that has added an online site for Ecommerce. Because of factors like the recent harsh winter weather, Macy’s in-store sales, $6.3 billion in first quarter revenue, were down 1.7% from the same period a year ago. BUT! They had comparable store growth of between 2.5% and 3%, a growing net income, increased earnings per share and improving gross margins. According to Ken Murphy, senior vice president at Standard Life Investments, improving gross margins imply that the company was able to sell more goods at full price and that Macy’s is “aging gracefully”, certainly able to do so because of something like Ecommerce! The 85 year-old department store, an American cultural emblem, is staying current because of Ecommerce solutions which allow for the transfer and increase of sales from physical to online store. The power of Ecommerce is that it negates geophysical barriers, making all consumers and businesses in the world possible customers and suppliers. And Macy’s is taking serving their customers online to the next level, rolling out a buy online, pick up in store program to its roughly 675 full-line department stores which will allow the customer to browse for exactly what they want in the comfort of their own home and then pick it up in the store.

So, in essence, Ecommerce solutions provide a natural extension of a store’s presence and are helping those traditionally successful stores (who may lose sales for any reason from a person’s physical injury to the weather) make up for, and in many instances increase, their sales.